NOTE: This article is cross-posted from Nick Alexander’s website

The following is the briefest of summaries of the results of the Mastermind survey, along with my commentary and thoughts. Yet, it still came out long. I greatly apologize.

I am going to focus solely on the first question only. Later posts will go into detail about the other subjects, but this question was the main thrust.

The question being, “If you were to join a theme-specific Mastermind Group, what type of group would you think would be beneficial for you?” After which I had a list of about ten different themes, plus a write-in category.

The top five results for the first question of the survey are as follows.

What follows is my analysis as to whether such a category is actually viable for a Mastermind group. If the category does not appeal to you, skip ahead to the next group. 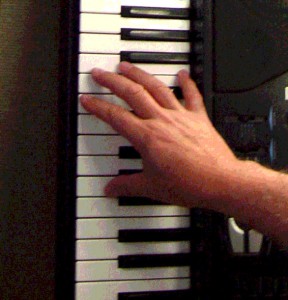 I think this is one of the best topics for an online Mastermind group. We have the technology to write songs on the computer, record an amateur recording, and share it privately among a private group. We have done this in the past, on the Catholic Songwriters Forum.

There are two things to consider: first it needs to be established what the writing is for. Is it for liturgy or not (and if so, is it traditional or is it contemporary)? Is it for entertainment/education, for inspiration/encouragement, or is it for personal worship outside of liturgy (youth retreats, charismatic circles, events, and/or Eucharistic adoration)? Who is the audience–youth, 30-something soccer moms, or older? And… here is the key… would it make sense for there to be like-minded types to be put in separate, private groups? (That way a classically trained liturgist doesn’t have to share their (presumably negative) opinion against the hip-hop/thrash-metal Catholic counterpart, and vice-versa).

The second thing to consider: Is it possible that inclusion of such a group can lead to the evolution of a project? For example, I am considering crafting an e-songbook for release by the end of this year, to be sold at the NFCYM (Catholic Youth Ministers). Could participation in such of a group guarantee that songs would be purchased and used for this project? For those who are writing entertainment songs–could participation in such lead to a musical release that can be professionally recorded and released? There are many opportunities.

For this to work, each participant needs to avail themselves of the technology to actual craft songsheets at home. They would need to avail themselves of cheap recording so to share an early draft, non-professional recording of the song itself. This may present a bigger problem for those looking to join a songwriting group for which the essense of the song is best communicated by a costly professional recording, because that is money, and it should be understood that constructive criticism should not occur on finalized projects (else, what’s the point?). This is ideal for somebody looking for outside opinion before thousands of dollars are spent. LASTLY… each participant needs to be both brutally (but kindly) honest with each other, and each participant needs to expect that they, too, may have their own work critiqued. It may sting. It is important that we develop a tough skin and be open to what the others suggest, so that we could see problem areas that we are blind to.

If this was to have a cost involved, I would use the funds to purchase two or three books in particular (which I would let you know of in advance). I would also use it to pay for an occasional highly-sought after songwriter to have a live on-line session based on material that has passed through our initial stages, so to have some final input further down the line. One such person who is open to this is Bob Halligan, Jr., a Spirit&Song songwriter and creative force behind Ceili Rain, whom is open to such an opportunity.

If any of this appeals to you, please contact me privately (email: nick@nickalexander.com) , or share your thoughts below.

Of all the mastermind groups, this one seems the hardest to fulfill. After much thought, I have an approach. Here it is:

In the past, CAM (Catholic Association of Music) has encouraged there to be regional meetings. And one of the benefits of a regional meeting is so that there would be a concert that night, where the musicians could serve the community. This should continue (or restart). BUT… after which, the musicians need to gather the next morning, and each performer needs to be able to give (and receive) constructive criticism. The participants need to be brutally (but kindly) honest, as each participant needs to expect that they, too, may have their own performance critiqued. It may sting. It is important to develop a tough skin and be open to what others suggest, so that we could see problem areas that we are blind to.

This is the only mastermind that can occur within regions. It cannot occur anyplace else. It has to be experienced live, with a real audience. And it has to be used in conjunction with a real concert, that has to be marketed properly and performed. Since this has happened in the past, I am sure there are guidelines as to how to set this up.

If there was to be a cost involved, the funds would be used to help fund a retreat center/costs-of-renting an auditorium, and marketing such an event.

There is great division currently in liturgical circles, especially between the traditionalist and the contemporary approaches. While I would be the first to want both sides to warm to each other, I need to be realistic and accept that neither approach will have enough strong constructive criticism that can serve each other’s needs. And that’s okay. It may be best if like-mindeds have masterminds together.

What to discuss in a mastermind group? First, song/hymn/chant suggestions for upcoming weeks. Perhaps a study of liturgy itself, from either the Vatican II documents, or a quality book about such. Perhaps there could be some answered questions in regards to dealing with the pastor, the congregation, and the musical team.

Other issues have to do with how to grow in the skill-sets for preparing the music for a quality liturgy. Have the traditionalists prepare a resource as to how a newbie can grow in appreciation for chant, for instance. For those who are contemporary, what praise and worship songs that best teach specific Catholic doctrine, or how to prepare a worship ministry team effectively.

I’m not sure if there needs to be a cost involved, unless they want to donate to a charity of one’s choice: (Adoremus?, something else?)

Catholic musicians have a spirituality that touches upon creativity, boldness, and humility. There are also specific needs for those who are going through busy times, and also those who are not. It would be fantastic to go through a classic devotional (Confessions, Imitation of Christ, Introduction to the Devout Life) that touches upon these themes; it would be great to have a small support group that can encourage each other and share and pray for each other.

This is a group that should meet on a regular basis, perhaps weekly or bi-weekly, so to stretch and learn and lean on each other for virtual support. Monthly meets is too long between meets. I can also foresee members going through an online course either a podcast, Youtube (John Michael Talbot or Fr Robert Barron), EWTN shows (which can be downloaded from ewtn’s site).

If this was to have a cost, it could be used to donate to the provider of spiritual content (JMT, Fr Robert Barron, or EWTN), or for purchasing the books in question.

Last year, twenty of us went in and purchased the virtual talks for NMX (New Media Expo) 2013. In some ways, it was a great success, in others, not so much. Irregardless, that was a one-time purchase; they will not allow groups to go in on a single ticket again (and the cost of the courses is very substantial this year).

And on top of this were some where they still need to have their hand held as they are discovering these avenues for the very first time.

But podcasters have specific needs. Same with bloggers. Same with YouTube creators. And each of these can grow from each other, provided they meet on a regular basis.

The big question is whether such groups would be best served by a regular meeting-time/place, or by having their own yahoogroup space (free). I’m leaning towards the latter. If somebody disagrees, I’m all ears.

There is one last item though. I remember years ago inquiring about getting an annual license for Catholic Musicians to play cover songs on YouTube. Such a license would run somewhere about a thousand dollars annually. If a Mastermind group were to be created for this, it would make sense for there to be a cost involved, and have the proceeds go towards the procurement of this license. After which, only members of this mastermind can take part in crafting cover songs and putting them up onsite. Plus, they would have to grow in learning the craft of putting YouTube videos out together.

Thank you all for your participation in this survey. If you wanted to be contacted and left your email address, know that I will contact you about this post and follow up. If this idea newly appeals to you, feel free to contact me privately (my email: nick@nickalexander.com ) or write a comment below.

This site uses Akismet to reduce spam. Learn how your comment data is processed.

Praise God and love one another